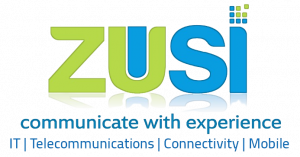 What is the difference between VoIP and SIP?

Firstly, let’s talk lingo. Often, we talk about VoIP and SIP as though they’re two totally different things but technically, they’re not too dissimilar.

When your customers ask about VoIP they are most likely asking for hosted seats, whereas when they ask about SIP, they usually mean SIP Trunking, as a direct replacement for ISDN. Hosted Seats use SIP signalling to initiate the session to send calls to an Internet Protocol (IP) provider. So, essentially, they do the same thing.

It all boils down to the equipment making the call and your customers’ needs and wants. Customers need to move to IP, but what do they want to buy?

A VoIP solution, as we’ve already mentioned is generally a hosted seat. Hosted seats are often sold in package deals, bundled with calls usage, which make them easy to buy and sell. These solutions can be extremely flexible and scalable, offering single or multiple user licenses, shiny new IP handsets and mobile or desktop softphone clients. IP handsets are plugged into a broadband router and/or Power Over Ethernet (POE) switches to provide a single line replacement to the PSTN line over some form or broadband connection.

Now, SIP, or as I prefer to call it SIP Trunking, is generally sold exclusively to business customers. When SIP was first launched it provided a ‘like for like’ ISDN replacement. Business customers would have an onsite system, known as a Private Branch Exchange (PBX), which would be serviced by ISDN channels, usually between 2 and 30. By using SIP Trunking, these businesses were able to simply replace their ISDN channels with SIP channels, retaining their existing PBX.